In my early 20s, I was at the pinnacle of my musical taste and acumen. 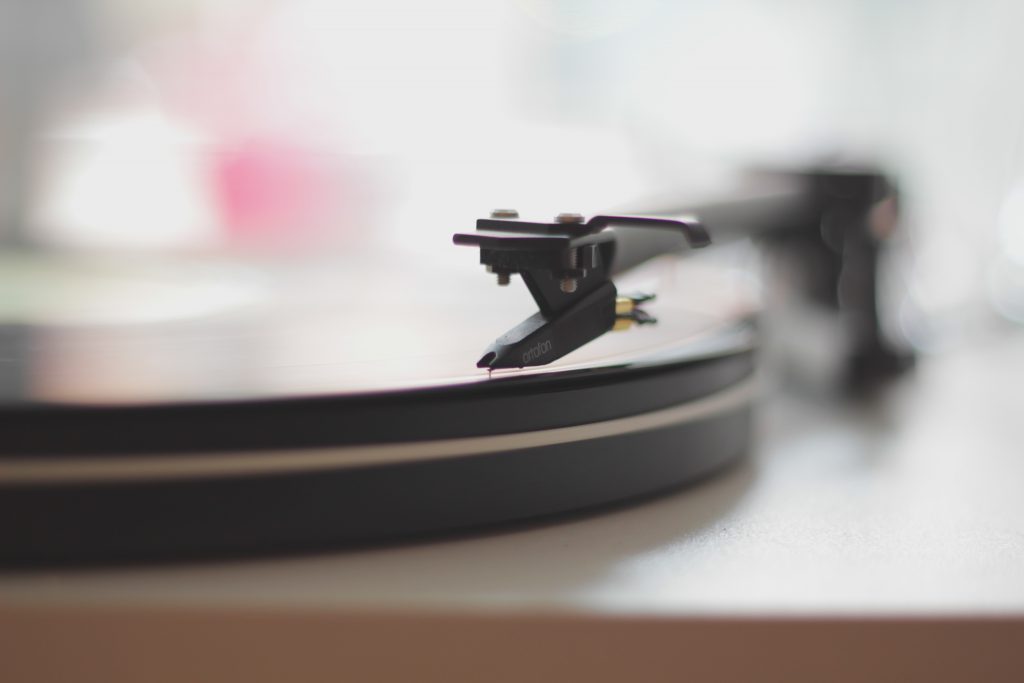 Now, on my last day of 29, I still sometimes come across a new band I love, a new song I can’t listen to enough times. However, those discoveries are few and far between compared to how frequently I came across life-changing music in my early 20s.

Now that I have kids, I know it’s only going to get worse. I sing as much “Old McDonald” as anything else these days.

I experienced so much of my share of life’s heartbreak in my 20s, or rather, I continued a long stretch of heartbreak that I’d been experiencing since I was in the second grade. These moody songs become the perfect fixation for all my melancholic longing.

I love Bon Iver. Above all other bands I listened to in my 20s, I loved Bon Iver the most.

I had heard this song dozens of times before I fell in love with Talia, but as I was thinking of leaving California to come to Georgia to convince her to date me, my emotions sunk their teeth into this song and wouldn’t let go.

The lyrics are one step away from nonsense, but to me they spoke about the moment when your desire builds to a point where your willing to abandon everything else, especially your comfort.

I listened to this song when I packed up everything I owned into my tiny Honda Civic and drove 3,500 miles to a new city to see about a girl.

Other songs I love by Bon Iver:

A more recent find, but I like it because the music is danceable but the lyrics are sad. Can there be any better combination? If you’re me, then no there cannot!

I sang this to Marston in the hospital the day after he was born. It’s like a lullaby for grown ups, and one of the strangest, coolest images of God I’ve ever encountered.

4. Got My Mojo Working by Muddy Waters

All roads in Rock ‘n Roll travel through Muddy Waters. He’s the godfather of so much of our music. This song is amazing.

5. Gone for Good by The Shins

The Shins are one of the bands of my generation, but this isn’t one of their more famous songs.

I was driving one summer in Arizona. I was 20, and my windows were rolled down and the heat pouring over my arm. And this song about freedom and carelessness came on.

It was one of those perfect moments—perfect atmosphere, perfect song, perfect mood—that you want to never end. It did end, of course, but this song always reminds me of it.

A girlfriend introduced me to this band. She lived in the same town. We broke up but I kept the music she gave me, and when I moved to Gainesville and was writing my first book, I listened to this album, and this son especially, again and again.

Eventually, I reached out to the musician and asked him to play a concert at Inman Perk and invited everyone I knew. Sitting there, in the front row of my coffee shop, watching him play this song was one of the coolest experiences of my 20s.

This is my pump up song.

Also, everything by Gregory is amazing. I saw him play in Atlanta last year, and it was one of the best concerts I’ve been to.

8. I Was Meant for the Stage by The Decemberists

Before I became a writer, I tried to become a singer-songwriter. It didn’t go so well. I was not, in fact, made for the stage, at least not for performing music on the stage. This was my theme song, though.

It took me a long time to discover this band. They got started in the 1980s and released this album in 1998, the year before they broke up. However, the songwriting on this album, and in this song especially, is incredible. This song, and all the songs on this album, are edgy and haunting and I love them.

Regina is one of the best songwriters alive.

I discovered this song just as I was preparing to travel the world for a year, and it was the perfect soundtrack to abandon everything I knew :

Packed and all eyes turned in
No one to see on the quay, no one waving for me
Just the shoreline receding
Ticket in my hand and thinking wish I didn’t hand it in

12. Round Here by Counting Crows

I know Counting Crows is a little mainstream, but just listen to the words.

If your not open to hardcore music, don’t listen to this song, but it’s amazing.

I listened to this on repeat while driving through the dark in Transylvania, Romania. I felt like bright colored angel wings were blooming from my shoulder blades (no, I wasn’t doing drugs). Also, the double bass drums at 2:52 are really cool.

A song about legacy, loss, and the South. I had no idea, when I first became obsessed with this song, that I would someday live here.

If I got to be any musician in the world, I would choose to be Damien Rice. I saw him open for another band in Santa Barbara when I was 20. The girl I was dating and I sat in the very back because we were poor college students. He was just opening, and everyone was talking during most of his set. But then he played this song, and I have never been around so many people being so silent before. We were mesmerized.

I don’t like songs about betrayal, and this song is about betrayal, but I still love that memory and I love the way I felt when I listened to it, open and longing and wanting everything in the world.

Sufjan Stevens is a genius. You can’t predict history, of course, but if any musician from our generation goes down in history and is remembered a hundred years from now, I think it could be Sufjan Stevens. Depth, breadth, musicianship, songwriting, imagination, innovation, he has it all.

This is one of his early songs, and I love it for his storytelling and the terrifying and beautiful way he describes God. Watch him tell the haunting background story to this song here (it must be fictional but it’s incredible).

One of my biggest regrets of my 20s was not going to see every live show I could by him.

17. The Story I Heard by Blind Pilot

I just like this song because it has my name in it.

18. The Boy Who Blocked His Own Shot by Brand New

Danceable. My alternate pump up song, next to “That Moon Song” (above).

20. On Your Porch by The Format

In December 2007, my uncle passed away. He was just 62, but he had been sick a long time. I was 21 and had just finished college and gotten a job at a bank. I took off work and we drove with all my family—my two sisters, their husbands, my parents, and me—down to Los Angeles for the funeral. My father was as broken as I’ve ever seen him. It would become the worst Christmas my family had ever had, the last one we all spent together, but we were together that day in the church, and I played this song, mashed with a version of Amazing Grace, and people cried. I felt, in that moment, like I understood my uncle, and understood my father’s whole family and all their violence and pain. I was just beginning to learn our family’s dark history then, but at that moment I felt like I knew it all and loved them all anyway.

That is the power of music I guess, that knowing beyond comprehension.

What were your favorite songs of your 20s? Share them in the comments.