I’m at Inman Perk. There are actually two Inman Perks, though, and this is the one in Atlanta, not the one in Gainesville, Georgia, where I went nearly every day from age 25 to 28. 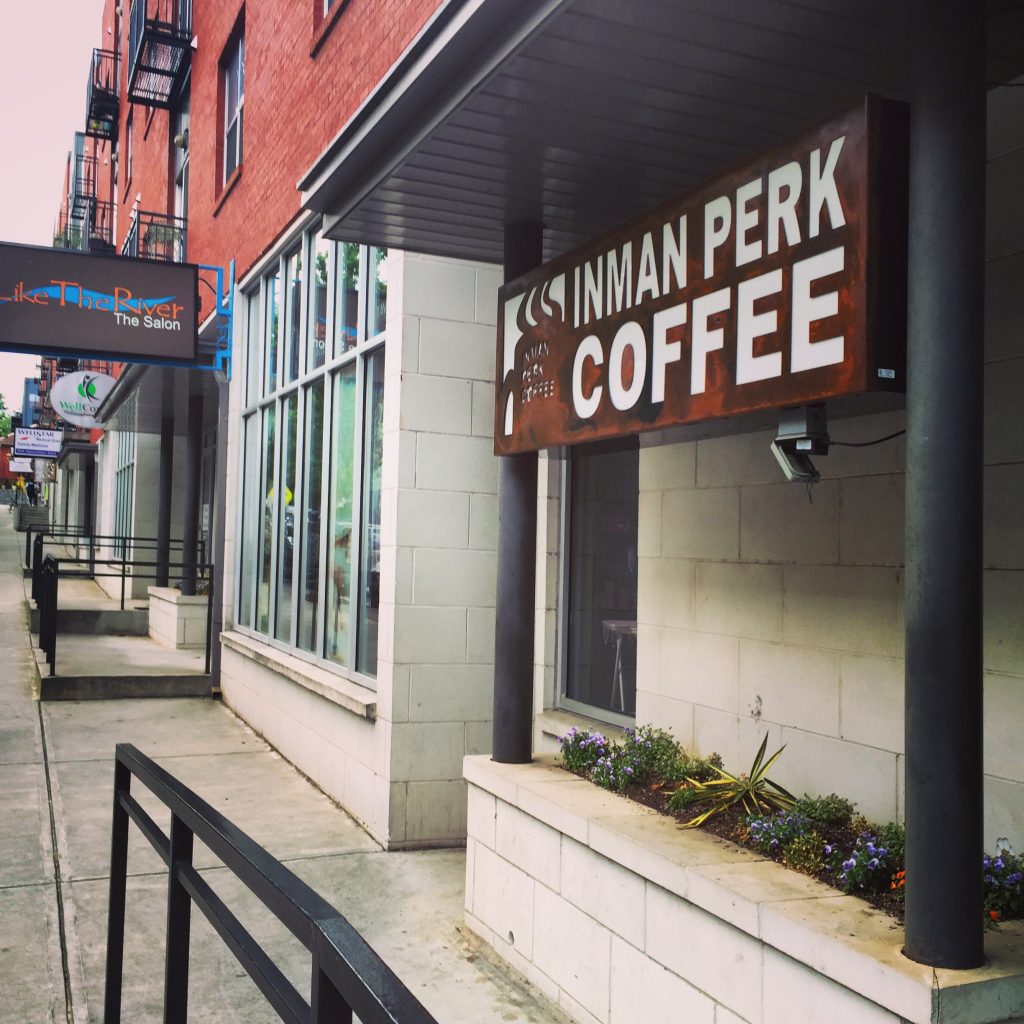 I would have liked to go to Inman Perk in Gainesville but it’s an hour plus away and I can’t spend the last day of my twenties in the car.

I became a writer at Inman Perk. I wrote my first book here. And my second. And my third and most of my fourth, actually. I started The Write Practice here.

Would I be a writer today without Inman Perk? Maybe, but if time traveling was real I wouldn’t risk going to another café to find out.

I knew everyone by name: Vicky, Jenn, Jillisa, Pat, Tim, Greg, Drew. Everyone knew me, and my coffee order (drip coffee for here, dark roast). It was my coffee shop.

I miss Inman Perk, but every time I go back, I feel awkward. Jenn is no longer friendly with me. She remembers me and gets my coffee without having to ask for it but she doesn’t greet me by name or smile when she sees me (she doesn’t smile much at all so maybe that’s part of it).

Vicky’s always thrilled to see me and we talk about Atlanta, where she grew up, and the places we’ve travelled recently, she’s into road tripping in her RV. But her enthusiasm only makes it more uncomfortable. It just proves I’m no longer a regular, that it’s no longer my coffee shop.

You know you belong when people don’t need to make a fuss over you, when they acknowledge you like you acknowledge family in the morning, “How did you sleep? Good? Good. Okay, have a great day.”

The worst, though, is when no one recognizes me, when it’s someone new or someone I didn’t know as well. And then it’s as if my memory in that place is gone and there is no one left to keep it.

For these reasons, I sometimes avoid Inman Perk, choosing to get coffee at my in-laws instead.

When I do go there, though, I insist on sitting at my brown couch, in the corner, where I wrote everyday and word by word became a writer.