I read a lot of books in my 20s, but I think I read more in my teens. By 19, I had read many of the classics, including Tale of Two Cities and Les Miserables, and also some of my all-time favorite books, like All the Pretty Horses by Cormac McCarthy. 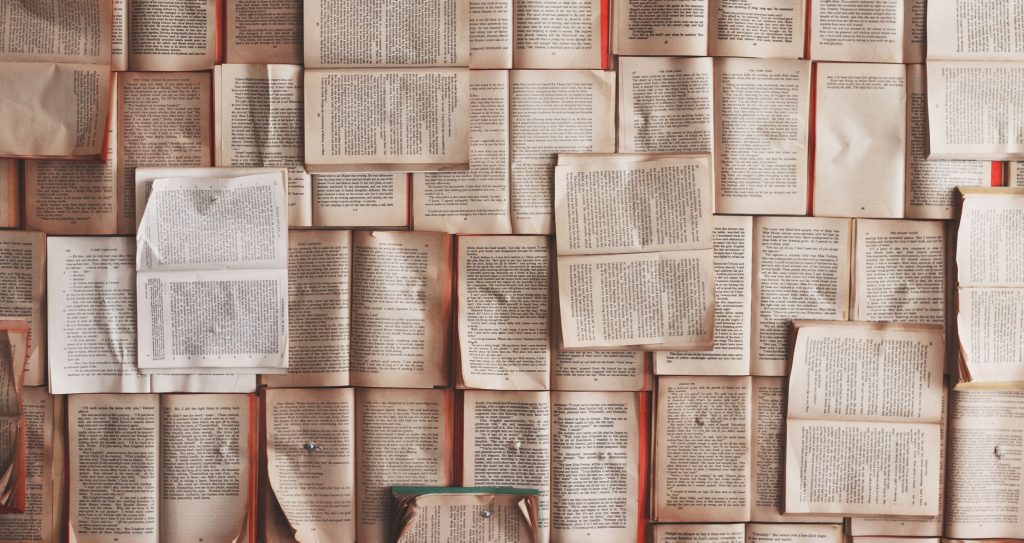 During my 20s, I caught up a little on the books being published today that I missed while I was reading the classics as a teenager.

Here are my fifteen favorites:

1. Old Man and the Sea by Ernest Hemingway. I fell into Hemingway hard in my 20s, reading almost all of his books (except the ones I had read already), even getting to read A Moveable Feast for the first time while living in Paris. But this sharp little books is my favorite. About suffering, heroism, and identity, it tells the story of an old, Cuban man who catches a fish.

2. Perks of Being a Wallflower by Stephen Chbosky. Stephen was a filmmaker before he turned into a novelist, a move he made because he couldn’t get anyone to produce this story. This book captures being a teenager, with it’s awkward angst and ideals and hopeless love and blossoming damage, better than any other I’ve read. I read it just before the movie came out, and if you’ve only seen the movie (or neither seen the movie nor read the novel), you need to.

3. The War of Art by Stephen Pressfield. I knew about Pressfield from his novel The Legend of Bagger Vance, which was made into a movie with Matt Damon and Charlize Therron. But when I was traveling in Romania and a mentor gave me this book to read, I was surprised at how different it was to anything I’d ever heard or read before. If you’re an artist, writer, entrepreneur, or any other kind of creative, this book will change your life.

4. Worm by Wildbow. This is a 1.5 million word, 6,500 page, web serial—the longest book I’ve ever read by a lot—and probably most engrossing reading experiences of my life. It’s a superhero story about a girl with unfortunate superpowers who ends up ruling her world (and all the others, too). This book isn’t for the faint of heart (it’s so long!), but if you like fun books and you read fast, you might just become obsessed with this one.

5. A History of the World in 6 Glasses by Tom Staddage. If you like history and you like beer, wine, liquor, tea, coffee, and/or soda, you’ll love this book. This book taught me, 1) the story of alcohol is the story of all civilization and 2) coffee makes you smarter, and without it, we wouldn’t have the Enlightenment, the stock exchange, modern physics (really). I think about this book constantly.

6. Everything By Malcolm Gladwell. I read my first three Malcolm Gladwell books—Outliers, The Tipping Point, and Blink—in the first two weeks after I got back from traveling the world for a year. He was such a great storyteller and the ideas he explained were so fascinating I couldn’t help but devour each of his books. I had read the New Yorker before, but I subscribed because of him. I read What the Dog Saw, a collection of his essays, and then his latest, David and Goliath, which might be his best, certainly his most personal. One of my loftiest dreams is getting to interview Malcolm Gladwell someday.

7. The Name of the Wind by Patrick Rothfuss. This is a fantasy novel, but it’s so beautifully-written while so unstoppably engrossing that you should read it even if you don’t like fantasy. This book is 722 pages and I read it in two days. Beware!

8. The White Tiger by Aravind Adiga. In 2009, I broke up with the most serious girlfriend I had dated up until that point in my life. I cleaned my room, organized my dresser, and then read this book, which was funny and foreign and dark. I loved it, and I felt free and open for the first time in months. I’m pretty sure it’s good, but I can’t guarantee I didn’t just love it because I had so narrowly escaped a bad situation.

9. Midnight’s Children by Salman Rushdie. It took me about six months to read this book. It’s very well written, and it’s kind of weird and funny, in that magical realism way. It’s obviously a classic. They’ll be talking about this book for two hundred years. But it’s also quite long. The narrative is dense, and it took me several stops and starts to finish this book. Still, it’s a fun story and it will stretch you. I left off several books I read during my 20s that were educational and brilliant but not completely engrossing, but this one I left on because you will be hearing about it for as long as people still talk about books.

10. New Seeds of Contemplation by Thomas Merton. This book is about prayer, not about poetry, but it taught me how to be a poet. Thomas Merton is one of the men I most admire in the world, and this book is the window into his soul (and into all of our souls).

11. Everything Belongs by Richard Rohr. My second favorite spiritual book, this taught me how to breathe, how to embrace pain and let it change me (for the better), and how to see God in every moment (even, maybe especially, the bad ones). Richard Rohr is quite prolific, and at 73, shows no signs of stopping. I’ve read many of his books, but this is my favorite.

12. The Last Kingdom by Bernard Cornwall. I’ve been obsessed with the vikings since I first watched the History channel’s captivating series while living in Paris (think Downtown Abbey but with ruthless, Norse warlords). Since then, I’ve realized how much Western civilization has been shaped by a small group of ferocious men from Scandinavia. Most of Europe’s ruling families trace their lineage to them, not to mention, all of the leaders of the crusades were converted Vikings (thus the need to demonstrate their faith through war). I found this book fairly recently, after I watched the first episode of the very fun new BBC series, also called Last Kingdom, but since then I’ve read eight of the nine books of the series. It’s fun, and it will teach you history. Good combo.

13. Modern Library’s Writer’s Workshop by Stephen Koch. This is the single best book on writing I’ve ever read (you can read my full review here). If you’re a writer, you should buy this book right now.

14. Teaching a Stone to Talk by Annie Dillard. I’m not sure I’ve ever read anything as perfect as Annie Dillard’s writing. Her memoir Pilgrim at Tinker’s Creek is great, but the story in here, Expedition to the Pole, is still my favorite essay of all time. Just read it.

15. The Art of Learning by Joshua Waitzkin. Remember that movie about the child chess prodigy, Searching for Bobby Fisher? Well it was based on a true story, and Josh Waitzkin was that boy. After beating almost everyone in the chess world, he quit to study martial arts. Then became the world champion of Tai Chi Chuan. And the way he describes every detail of each of his biggest chess matches and championship fights is unbelievable. This book will change your life. Really.

What were your favorite books of your twenties? Let me know in the comments.

No one becomes a writer alone. To see the writers who inspired me, check out my favorite writing quotes here.